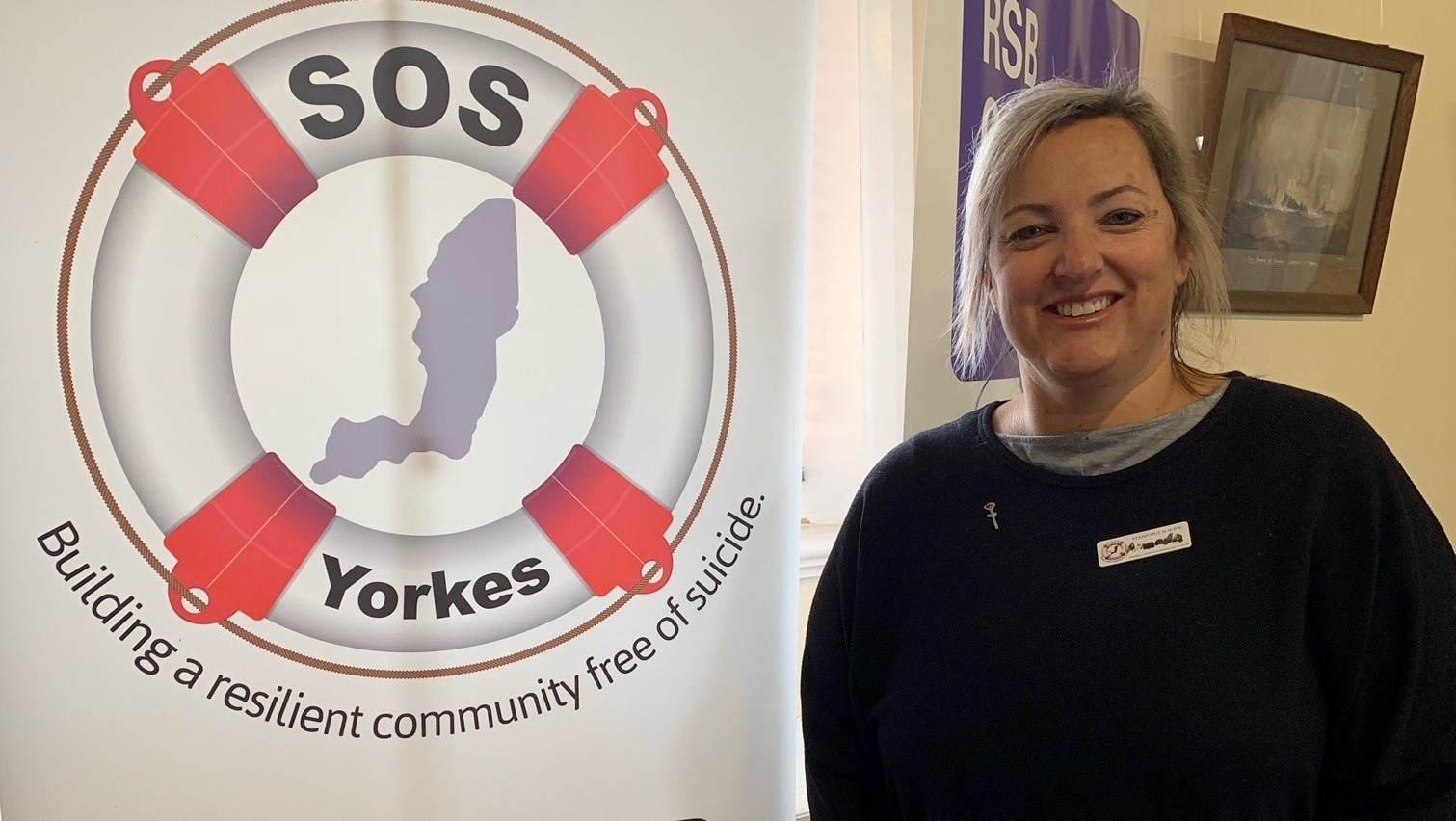 The National Suicide Prevention Trial (NSPT) has given lived experience Kadina resident Amanda Schultz the opportunity to publicly share her story of her father’s suicide – helping to break down barriers and promote suicide prevention.

Funded by Country SA PHN, the NSPT aimed to improve effective suicide prevention strategy at a local level for at-risk population groups. The Country North region was chosen as a NSPT site in 2017 bringing significant resources, activity and funding to areas of need – including the Yorke Peninsula, Whyalla, Port Augusta, Port Pirie and Port Lincoln.

“Being chosen as a NSPT site has been a fantastic opportunity over the last four years to support concentrated suicide prevention activity in our patch. The trial has enabled some invaluable activities and learnings for the future.”

These NSPT activities have led to significant life changes for many in the region including people with Lived Experience like Amanda – whose father suicided when she was nine years old.

“My whole world changed when I came home from school one day to the news my dad had suicided,” said Amanda.

“But growing up the subject of how dad died was taboo. I never told people the way he died.”

Decades on, as an adult, Amanda attended a Paskeville Field Day with her work and, quite by chance, walked past a Stamp Out Suicide stall. A chance event that changed Amanda’s life - quite literally.

“I went over and talked about my dad’s suicide and they listened to me. This unlocked something in me. All of a sudden, I had permission to talk about something I’d buried inside me for so long.

Under the NSPT activity, Amanda then attended a lived experience workshop where she developed the skills to share her story in a safe and meaningful way. She talked about the impact of her father’s suicide through the eyes of a nine-year-old girl and was overwhelmed by the positive response.

“Afterwards a man from the group came up and hugged me and said ‘I’ve never seen it from my children’s perspective. You just saved them from losing their dad,’” said Amanda

This set Amanda on her path. She became actively involved in opportunities provided under the NSPT, including National lived experience networks, such as Roses in the Ocean. Amanda says meeting other people with Lived Experience at these events opened-up a whole new world to her.

“For the first time, I saw people openly standing up and using the word suicide.”

Amanda continued to share her story wherever possible – hoping to start conversations, change perspectives about suicide and ultimately save lives.

“The NSPT has given me a voice. I feel I’m now allowed to talk about suicide and its impacts,” said Amanda.

“I still get a bit nervous telling my story but it has broken down walls for me and those around me. These opportunities wouldn’t have been possible without the NSPT.”

The trial is scheduled to end on June 30. Amanda is now taking part in the trial’s formal evaluation. She says the NSPT activity has been life changing for so many in the trial regions.