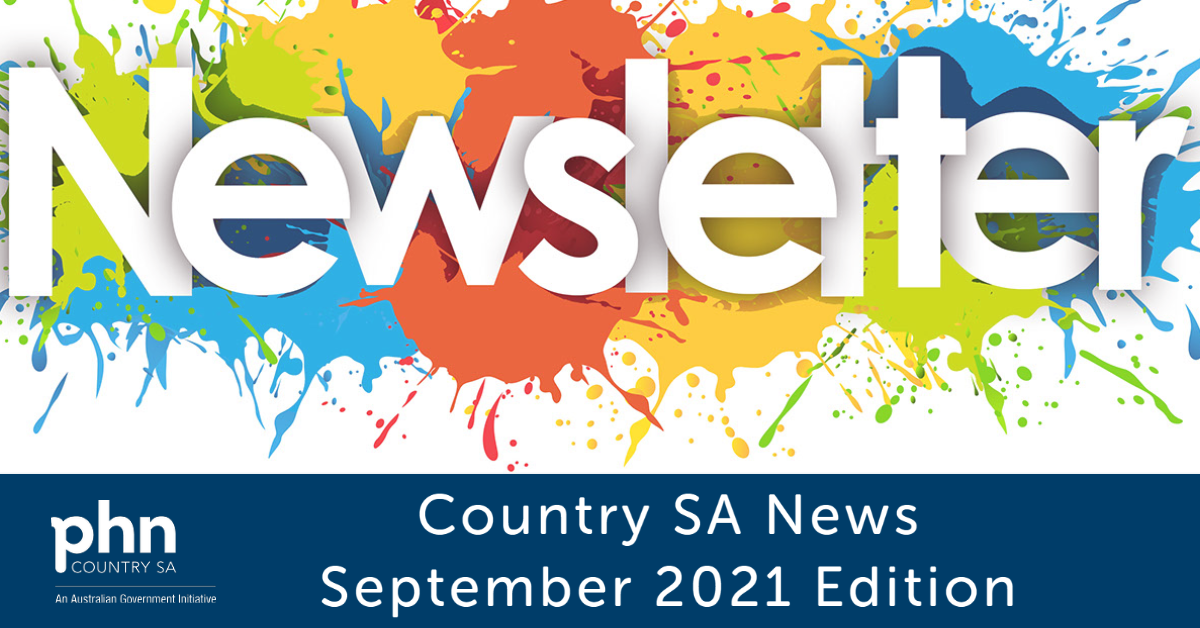 Message from the CEO - Kim Hosking

The report found that the community-led trial has helped reduce the stigma around depression, increased community awareness and provided helpful guidance to community members when responding to people in distress.

Country South Australia was announced as one of the 12 trial sites in 2017. Since this time, the trial has brought significant resources, activity and funding to areas of need throughout the country North region of South Australia including Whyalla, Port Augusta, Port Pirie, Port Lincoln and the Yorke Peninsula.

UniSA’s Mental Health and Suicide Prevention Research and Education Group’s evaluation found the trial has been an unqualified success involving and educating up to 774,000 residents across the region – making it the largest suicide prevention activity ever to be undertaken in country South Australia. Four and a half thousand people undertook relevant suicide prevention training. This level of engagement has flowed to an increase in community capacity building as people applied what they learnt.

The key findings revealed: an increase in compassion towards people presenting in distress and awareness of suicide and suicide prevention; an increase in community competence and confidence to communicate more openly and connect with people in distress; a decrease in judgement and stigma and a drop in reported depressive symptoms.

“The most effective strategies were those that were community driven, relevant and relatable to the local population, and included participant engagement and connection,” said UniSA’s Lecturer in Nursing, Dr Kate Rhodes, who led the National Suicide Prevention Trial’s evaluation.

“The evaluation demonstrates the desired effectiveness of suicide prevention programs and events for both community and professional groups alike.

These are promising results for they contribute to the major aim of interrupting the trajectory towards suicide by encouraging people to accept and receive help from others, as well as help offering and advocacy on behalf of others.”

In the focus groups/interviews following the trial 98% of people reported that attending a trial activity had impacted on them in a variety of ways. The most frequent impact was an increased competence and confidence (58%) to communicate more openly and connect with people (63%), even people they didn’t know.

The report also evaluated specific activities initiated through the trial including youth suicide prevention training. Youth Aware of Mental Health (YAM) is a health promotion and suicide prevention program for young people, 14 to 16 years of age. The evaluation indicated that

YAM’s impact on students who participated in the program has seen a decrease in suicidal thoughts, a decrease in depressed mood and an increase in intentions to seek help if needed.

A general population Aftercare Service was introduced into all five communities after consultation identified that this was a current service gap across the trial region. The My Life program was implemented and delivered by Country and Outback Health. During the three-year timeframe the service supported over 200 clients and delivered more than 3,200 support sessions. The Aftercare Service data identified that service provision is effective in reducing depressive symptoms over time and maintaining symptoms at low rates.

The Aboriginal Aftercare Service commenced in July 2018 and aimed to prevent suicide by providing follow-up support for people who have attempted suicide. The service was implemented and managed by Pika Wiya Health Service Aboriginal Corporation of Port Augusta.

CSAPHN commissioned UniSA’s Department of Rural Health to evaluate the service in October 2018. The evaluation found that the service model closely aligned with good practice in suicide prevention in Aboriginal communities including: being provided by an Aboriginal Community Controlled Health Organisation; responding quickly to referrals; comprehensive engagement with clients; inclusion of kinships; involvement of traditional healers in clients care; and help with clients’ practical problems such as assistance with housing and vocation.

As well as the Aboriginal Aftercare Service being well received in the community, it was recognised as a promising and emerging crisis suicide prevention program by the Centre of Best Practice in Aboriginal and Torres Strait Islander Suicide Prevention.

The evaluation helped to inform Federal Budget investment in the continuation of the service and implementing it on a national scale.