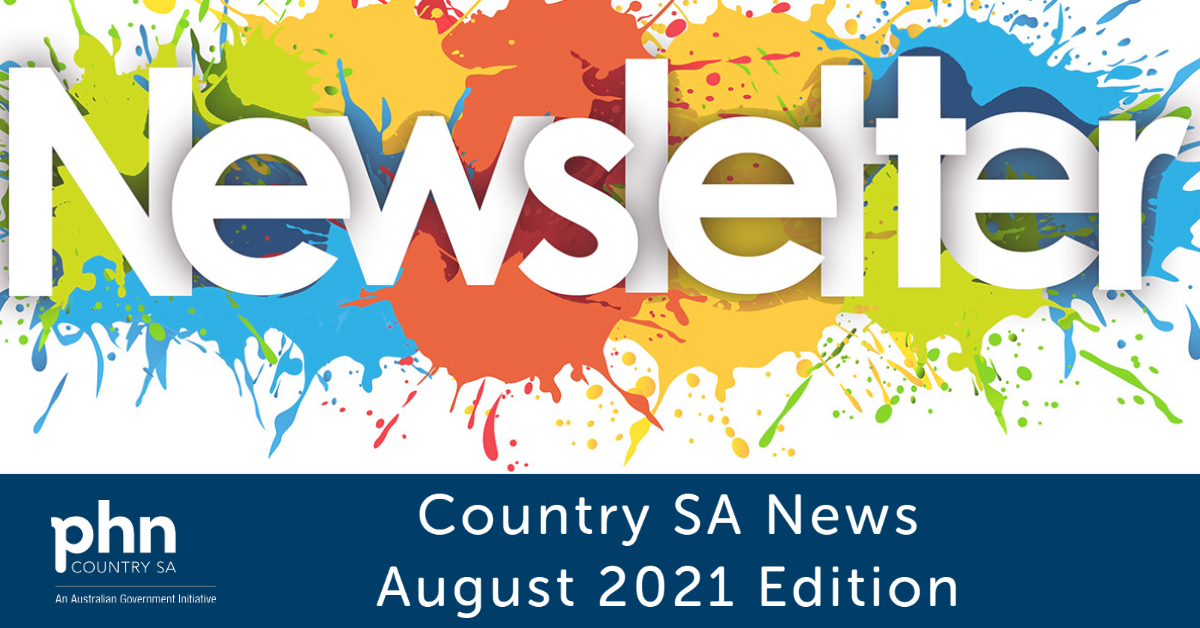 Message from the Chair

I’d like to take this opportunity to introduce myself as the new Country SA PHN Chair. I thought it would be beneficial to share my personal story so you can get to know a little about me, the path that has led me to being CSAPHN Chair and my vision for the organisation.

My hobbies are hiking, reading and travel. I love a great restaurant, with a tasty bottle of wine, a good laugh with good company.

I’m passionate about football and have supported Port Adelaide my whole life. My family is the most important part of me and I live in Roxby Downs with my young family.

I was born in Adelaide, but grew up in Port Lincoln, until late primary school. I am a second-generation Eastern European immigrant on my mother's side and am bilingual. I went to Norwood High School.

I went to Adelaide University and after graduating worked at Flinders Medical Centre. I then decided I needed to explore my origins and the world. I sold all my belongings and bought a one-way ticket to the United States. I travelled around the US for some time and discovered my love of travel and good company.

I then went to England which I loved but I wanted to move further to the East where a combination of good luck and circumstance led me to a job in Eastern Europe. I settled for five years working in Europe including the UK, Russia and Ukraine. I went to Eastern Europe to immerse myself in my mother's culture, improve my language and meet extended family, many for the first time. It was a voyage of discovery to understand who I was and what was important to me - my values. I met many amazing people and travelled extensively throughout Russia, Siberia and through Europe. I discovered a passion for hiking and have walked many of the great hiking adventures - using Moscow as a base to explore the world.

Whilst in Eastern Europe I worked for International SOS, based in Moscow - providing general practice as well as emergency and retrieval services. At times, we would retrieve patients to Western Europe and I would get to spend a night in different places. It was an exciting place to be at the time.

It was interesting essentially being an overseas trained doctor in a foreign country where my language was good, but not perfect, and where I understood but had not lived the culture. It has forced me to reflect on the very real challenges of International Medical Graduates in Australia. It was an exciting job, but very challenging personally and professionally. I moved back to London and worked in emergency medicine and psychiatry for just over a year. I then decided to move back to Australia taking three months off along the way to travel back to Moscow.

Eventually, I moved back to South Australia for family reasons and decided rural general practice was what I wanted to do, after doing some locums in New South Wales and working in emergency departments in Adelaide. I thought I would try it for a year at first … and I am still here. Rural general practice offered me an eclectic mix of challenges and I enjoyed the lifestyle. I was able to use all the skills I had learnt over my time.

I worked supporting the Department of Defence at Woomera for several years and worked at the Woomera Detention Centre providing healthcare to refugees for almost four years until it closed. This was particularly tough emotionally and led to an element of burnout and I pulled out of after-hours services for a couple of years as a result. It was the hardest part of my life working in the detention centre and seeing the distress of those from the Middle East and Afghanistan. This is still very topical today.

I then moved to Roxby Downs and established my own practice from scratch with the support of the mining company. I have grown the practice from being just a solo general practice to having three full time doctors, three practice nurses and four support staff. We support the after-hours at the hospital and I provide an outreach service to Woomera 80km away. We have a visiting private obstetrician and visiting private allied health. Our practice provides support to Defence activities at Woomera and to projects at the BHP mine at Olympic Dam.

I became involved in the systemic challenges in rural medicine about five years ago after a disagreement with the medical administrators at Port Augusta Hospital. I felt the on-call arrangements at Roxby Downs Hospital were fundamentally unfair. I won this battle and obtained the changes I was seeking. But it changed something within me. I no longer wished to be passive. I had almost been made to accept something so illogical and unfair from the powers at Port Augusta, and I felt completely isolated and almost powerless as a rural GP. I strongly feel that rural GPs have been pushed around and been passive for too long.

I joined my local health cluster to try to influence change in my community. I engaged with the local council in an advisory capacity for a few years. I joined the Australian Medical Association in SA to try to advocate for change and now sit on the AMA (SA) council and as the SA representative for the Federal Council of Rural Doctors of the AMA. I am now trying in a small way to influence the direction of rural general practice in SA. But it is not easy. Certainly, the real issues behind the problems with retention and recruitment of rural doctors have never been addressed at a state level. It continues to be a major disappointment to me that in 20 years in Rural General Practice in SA I have seen a worsening in prospects for the future GP workforce. I am hopeful of a change with the development of the Rural Generalist Program in SA.

Last year I accepted a position to join the Country SA PHN Board, and then a position as the Chair of this Board – starting officially on July 1. Primary care is my passion. Support of primary care is of great interest to me and I wanted to see what I could do to assist.

My predecessor, Dr Alison Edwards, has done an amazing job for many years as Chair and prior to this in the various other iterations which the Federal government supported in the context of primary health care. Her institutional knowledge is second to none. She has helped me immeasurably with her wise counsel during the transition. I have a capable and supportive board behind me with many years of experience and I expect that I will be leaning on them heavily over the coming years.

My vision is for CSAPHN to influence and advocate with LHNs and state governments to shift models of care and invest in patient centred and community-based care. I want to build general practice quality and capability. I want CSAPHN to be innovative and creative and to be a national leader in this regard. I want CSAPHN to be truly representative of every corner of our state. I want to engage and listen to stakeholders and particularly consumers.

I am looking forward to the challenge.